The origin of crystallization 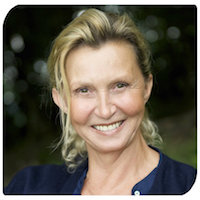 “This akashic reading is about the gathering of the council of the eldest – the healing priests. Its content includes what was spoken about crystallization in former times, which visions were born, what the crystals are and their meaning.”

As the earth was created and fire re-shaped the earth surface permanently,
knowledge reigned that the earth was a special planet. The earth would make incarnation possible for beings from different heavens and universes. The fire on the earth burned over long periods of time. Light beings from many worlds observed this development on earth and nursed the origination process with their prayers. The earth changed to a friendly environment. Biological processes began to come alive.

Beings from many worlds were there when the earth was born and they brought their impulses of creation. It was total silence and it was the time of prayers. Creation impulses from all worlds were laid into the fires of the earth. The light beings knew that would fulfill a grand vision with the genesis of earth. Light beings would be able to experience mortality and duality.

During the process of creation, light beings with different tasks from various planets and solar systems were present. Around the earth a huge net of energies and supporting influences arose. The crystalline knowledge is part of the earth’s creation process. It contains seeds from creation impulses, which will unfold with strength and precision at the right time. The crystalline light may infuse everything. Neither interfering fields now shadows may stop it. Crystalline light is the direct connection between God and its creation. The healing priests knew that the crystalline light may manifest in any form.

The healing priests promised to attend the settlement of human beings on earth. Their task was and is to support human beings in many eras of their development. They knew that it would be possible one day, that the human being will be an expression of pure love, and that light will shine in every single cell of its being. Being in this state of crystalline quality, the human being is free of attachments.

The healing priests tried to test crystallization’s adaptability of a human being in a low vibrating environment. They explored how crystal impulses affect human beings. Their work was characterized by the limitations of their era. In the lighter eras the knowledge of crystallization expanded mightily, with many insights compiled within a short period of time. The lighter eras were followed by eras of oblivion. In those periods you were not even able to think of crystallization, as it vanished from human memory.

The main goal of crystallization is that the human being is able to live its completeness in its earthly body. The whole creation is within the crystal structures of the body. All knowledge, all energies and insights are part of the human consciousness. There is an active communication between the body crystals and the creation level: if a level suffers in the universe, this will affect the crystal structures of the body.

In Atlantic times the high council chose healing priests who were suitable for the sacred and subtle crystallization work. Only those who showed that they were very clear and aligned on their way of Love, on their way to their true selves, were inaugurated in the levels of crystallization. Only strong and devoted personalities were committed to the holy knowledge of crystallization of a human being. The invitation opened a portal to the energy of this far-reaching healing work.

The healing priests are incarnated; they carry the old symbol of the crystallization mastership in their aura.